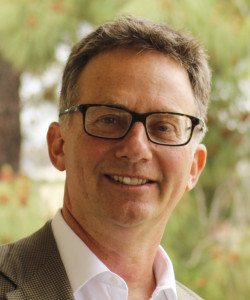 Professor Kenneth Intriligator is recognized for his quantum pursuit of answers to nature’s underlying, fundamental questions

The stuff the universe is made of. The origins of life. Dreams. Consciousness. Multiple universes. These are among the biggest questions in science. University of California San Diego Professor of Physics Kenneth Intriligator addresses challenging topics like these, and his theoretic efforts gained the attention of the Simons Foundation, which named him one of its 2018 Simons Investigators, announced in the July 10 edition of the “New York Times.”

Specifically, Intriligator’s research program aims to contribute to a deeper understanding of quantum field theory, which is the underlying framework of nature. “Many aspects of quantum fields remain surprising and mysterious,” explains Intriligator, who explores the varied phenomena and phases of quantum fields by developing symmetry-based methods to find new exact results, interconnections and dualities among theories.

“The Simons Investigators are awarded to theoretical physicists who have made a transformative impact in their field, with the anticipation that the impact of their work is growing quickly,” said UC San Diego Dean of Physical Sciences Steven Boggs. “We congratulate Professor Intriligator on this recognition of his groundbreaking work in quantum field theory.”

Each year, the Simons Foundation selects outstanding theoretical scientists who are in their most productive years, when they are establishing creative new research directions, providing leadership to the field and effectively mentoring junior scientists.

The Simons Foundation supports fundamental research through several funding programs. The foundation annually invites nominations from universities in the United States, Canada, the United Kingdom and Ireland for the Simons Investigators programs. The Simons Investigators in Mathematics, Physics, Astrophysics and Theoretical Computer Science programs receive a stable base of research support from the foundation, enabling them to undertake the long-term study of fundamental questions.

A Simons Investigator like Intriligator is appointed for an initial period of five years, with renewal for an additional five years contingent upon evaluation of the Investigator’s scientific impact. While the researcher receives substantial support each year, each Investigator’s department also receives funding. Additionally, the affiliated university receives 20 percent in indirect costs.

Professor Intriligator was an undergraduate in physics at UC San Diego in the 1980s, a former recipient of the S.K. Ma Prize in Physics, and he joined the faculty in 1996. The Department of Physics was one of the founding departments at UC San Diego. The first students to enroll at the university in 1960 were graduate students in physics. The graduate program in physics is among the top 20 programs in the country, according to “U.S. News and World Report’s Education Rankings.”

UC San Diego, we prefer the path less traveled. And it has led us to remarkable new ways of seeing and making a difference in the world.